Nowadays, the most frequently asked question is, who wins the race in 3 Blades Vs 5 Blades Ceiling Fans? If you also wonder the same, you can hit article for information,

Do you have a 3 blades fan or 5-blade fan at your home? Did you ever plan to replace the fan by switching the number of blades?

Three-blade fans are pretty common, but they vary far from 5 blades fans due to their functions, performance, number of blades, and appearance. Five blades produce more air as they are close to each other, producing more air when they move. Moreover, these fans create less noise as compared to 3 blades fans (containing three blades).

If you want to figure out more details about 3- or 5 blades fans, you can jump into the discussion. Here we have covered almost the same sides of each fan – crack to make your next decision quick and valuable!

According to experts, the 5 blades of a ceiling fan can produce more wind because the blades are very close. Hence, they produce more consistent wind. Normally, a ceiling fan having more blades, such as five or more, produces less noise, and it also circulates slight air. Fans made of more than 3 blades increase the motor’s drag and affect the movement. Due to this reason, most of the fans manufactured for industrial use have only three blades as they move air in more quantity. They move faster, and noise is also not a big issue.

For home users, fans are available in 3, 4 and even 5 blades. Apart from the looks, design and attractiveness, 5-blade ceiling fans gave the ideal balance between the circulated air and noise.

Blade design indeed affects the movement and overall fan performance. The angle, as well as the pitch of the blades, determines the flow of air. Nowadays, there is no big difference between 3-blade and five-blade ceiling fans; their performance is almost identical. All you need to do is choose wisely and ensure that the fan will fulfil the air needs of the room. It is not always the fan blades that affect performance. There are plenty of other factors too. So if you need something different, try opting for a 5 blade fan.

You can call the five-blade ceiling fans modern and fancy. The buyers of these fans are mostly upper class who like to install something unique in their rooms. Nowadays, many five-blade fans also have lights and operate via remote. The remote control feature adds convenience as you don’t have to reach the wall switch whenever you need to turn it on or off. Furthermore, you can also control the speed through remote buttons. Five-blade fans deliver smoother airflow as the blades are very near each other.

They run with less noise, and this is the quality that makes them different from three or four-blade fans. The extra blades make these fans more balanced, and the performance is dependent on the blade shapes and aerodynamics. Another advantage is that they make the room cooler in no time. They are good to use both indoors and outdoors.

Does the Five Blade Ceiling Fan Have Any Pitfalls?

As they possess more blades, their motor needs extra power for running. They have unique designs and features; hence, they are more expensive than other options. The cost will go higher if the chosen option has light fixtures too.

Number Of Blades and Fans Performance: Is There Any Link?

All ceiling fans with four or fewer blades require more speed; hence, they move air faster because their motor operates at more RPM. Therefore, they produce more cool air. The three-blade fans have great balance and weigh less, so it is easy to hang them on the ceiling. Contrary to this, fans having five or more blades increase the weight, and their motor needs more power to operate.

When a motor needs more power, the energy efficiency decreases. That is the opposite of fans having fewer blades. It is also a point to remember that the torque level will increase as the number of blades increases. The three-blade fans are more energy-efficient than fans having five blades.

The three blades are enough to produce a considerable amount of airflow. Hence they are still the top choice of people across the globe. They are easy to install and look pleasing almost everywhere in the home. Due to all these factors, it is evident that performance effects are due to the number of blades.

The main function of the ceiling fan blades is to send the air down and create a cooling effect in the room. The blades are responsible for pushing the air back to the fan upwards or downwards to the floor. They come in different shapes. Some of the fans are made of metal blades and have a rectangular shape. The fans having flat surfaces can produce more air, circulate air in all corners of the room in equal quantities and are more energy-efficient. Different and uniquely shaped blades enhance the fans’ aesthetics and attractiveness.

For example, if both three and 4-blade fans have the same blade pitch, have the same material and shape, and operate at the same speed. Then, remember that a four-blade fan will move more air.

This is because of the number of blades as now this fan has more capacity for moving air. Contrary to this, running a three-blade fan at full speed will produce more air than a five-blade fan. It is the combination of speed and motor that can generate enough air.

This article covers detailed information on 3-blades Vs 5 blades ceiling fans. Both options are the best choice, but if you live in a warmer area, you can buy a 5 blades fan as it will quickly make your room airy. Still, 3 blades ceiling fan is not a bad choice as these are very common all around! 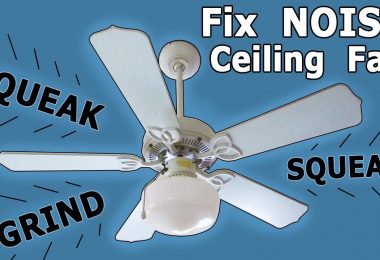 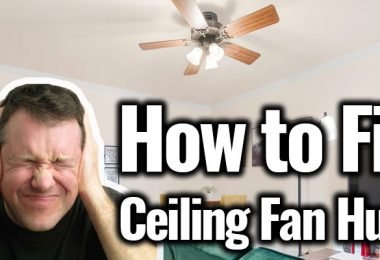 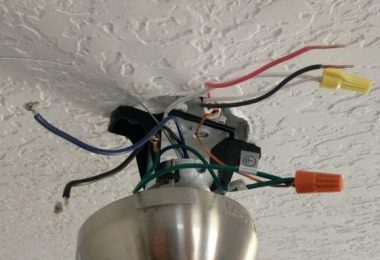 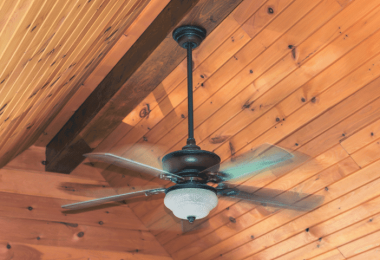