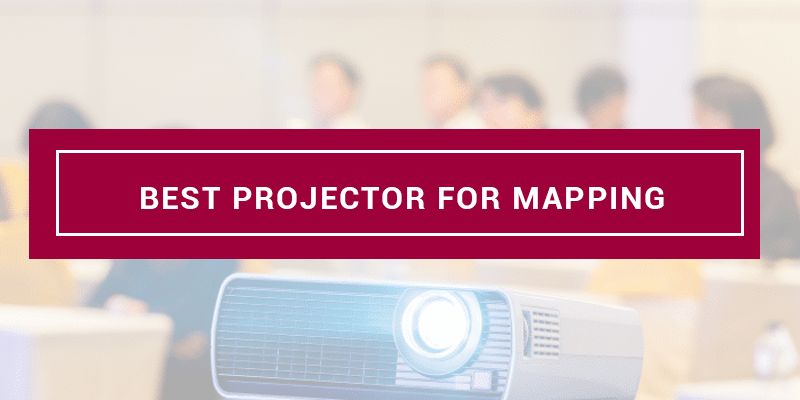 Looking for the Best Projector For Mapping? You’ve come to the right place

In this cake mapping tutorial I’m going to show you a way to use a single display machine running Mac OS to output to two projectors and also how to cake map using Qlab and MadMapper software. This is aimed at people who already understand the basics of cake mapping.

If you need a primer check out my tutorial for absolute beginners that also uses free software. Luma Bakery is your source for everything cake mapping where you can watch cake mapping videos, learn how to cake map and buy video content for your cake mapping projects. Qlab is a cue-based playback software that is used a lot in theatres and live .

events and handles all types of multimedia like audio, video and lighting. Cues are actions that can be triggered either manually in a live environment or programmed ahead of time and executed when you press GO. Qlab can be downloaded for free, however the workflow I’ve devised requires a multi-screen video output and Syphon output which are only features of Qlab’s Pro Video license type. This license can either be bought for a one-time payment or.

rented per day which is a great option. I’m still using version 3 of Qlab. Version 4 is out and I’ve only played with the demo version so far but it looks almost exactly the same for our purposes. So we have Qlab handling our media playback, using it to control which videos play, in what order, how long to wait between videos, whether we want to .

loop back to the beginning and so on. MadMapper will be handling the mapping side of things. We get Qlab to speak to MadMapper using Syphon which works on your computer’s graphics card to enable applications to share video in real time. As I mentioned before, Syphon only works on macOS. You can download a demo version of MadMapper .

for free but it has certain limitations such as being unable to save your scene and a watermark across its output. You can buy a perpetual license or again rent the software per day. The key to running multiple projectors from a single display machine is using a piece of hardware to add additional displays. I’ll be using an external multi display .

adapter called DualHead2Go by Matrox to do this. In another context this might be used to add a second monitor at someone’s work desk, for example, coders and artists often do this. But in our case our two displays won’t be monitors, they’ll be outputs to two projectors. Matrox also sells TripleHead2Go if you’re interested in using three projectors. We’ll just be using two. Here’s an overview of our setup. The DualHead2Go adapter comes with two .

cables that connect to the laptop or desktop computer via USB and mini DisplayPort or Thunderbolt port. The DualHead2Go adapter then connects by a DVI output to the two projectors HDMI input. If when you first plug in the DualHead2Go you see this, don’t panic. I set up my display deliberately like this to show you how you can rectify it. Come down here into displays and in Arrangement turn off Mirror Displays and things should go back to normal. And now we can see our stretched, dual display over here outputting from the projectors. Let’s open Qlab and bring .

in some content. I’m going to use these videos here. I’ll move this to the top because it’s more utility asset that will help us during the mapping phase. We want to stay organized so if we come up here into Cues we can see the action to Group which has the hotkey command 0 I’ll be using that from now on. We create a group and drop numbered UV into it and rename the group “Utilities”. I’ll copy and paste the numbered UV image because we want one to help us for the left projector and another for the right. As you can see, each of these videos has its own left and right content.

I’ll group these using command 0. When this cue list is set off the queues will trigger depending on how they’ve been programmed to behave. Groups can be set up to behave a certain way by coming down here into its mode tab. It’s already set up to do what I want which is to land on the group, enter the group and start the first child of the group; in this case Fairy Cascade Left. Once Qlab starts playing Fairy Cascade Left I also need it to be playing Fairy Cascade.

Right at exactly the same time and I set that up by coming down here and changing left from do not continue to auto continue. As for Fairy Cascade Right, I don’t want the next cue to trigger i.e. the group containing Horse and Carriage, until the Fairy Cascade completes, so I set it to auto follow as in, the next cue will follow this one once it is finished. You might have noticed these little icons appeared as I set these continue behaviors. These are a quick way .

to replicate these auto continues and auto follows. You can set them by clicking and double clicking in these areas so I’ll just set up these groups to behave in the same way to Fairy Cascade: auto continue, auto follow, and so on. To keep things tidy, I’ll select everything and go to Tools, renumber selected queues and say start at one increment by one, renumber. Now you could introduce all sorts of cues in here: transitions, pauses, loops, but I want to do something very simple and have these three videos loop until I hit the Escape key and stop playback manually. I’ll do

that with a start cue and I’ll set four as its target. That’s the first thing in my looped group. So my list will play through until it hits the start queue at 13 and then it will jump back to four and loop around like that again and again until it is manually stopped. Now we need to start assigning separate surfaces to our left and right content. If you come down here into the bottom right and click on this cog you will be taken to workspace settings. In video, I’ll .

delete these two surfaces to make a clean slate and create a new empty surface. I’ll call it left. I’ll make it 1920 by 1080 which is the resolution of my full HD projector. I’ll assign it my stretched dual display which is 3840 i.e. two lots of 1920 by 1080. I’ll also assign it a Syphon stream. Then I duplicate this and call it right. Back in my main queue list everything looks pretty broken but that’s because I deleted the surface they were all originally assigned to. Now in.

display and geometry I assign them their respective surfaces: left for left and right for right. I mustn’t forget to set behaviors for the numbered UV utility asset. Like before I want left and right to play at the same time so I want right to auto continue from left. However unlike the video content, I don’t need to set any follow behavior because I want Qlab to stay on it indefinitely while I use it to help with mapping. I’ll assign those left and right surfaces now. I’ll .

save, then I’ll trigger my numbered UVs to play in Qlab either by hitting the big GO button or using the spacebar. Now opening up MadMapper I can see my two Syphon streams left and right. And if I view my input as opposed to output up here I can see my numbered UV. Incidentally I could choose to view input and output at the same time but.

it’s clearer just looking at input for now. This next stage should be straightforward. If it’s not obvious to you what I’m doing I’d strongly recommend you watch my beginner’s tutorial. Now I come to this tab with the projector to look at my output settings. Projector 1: its output destination is either screen 1 or screen 2 depending on which projector left or right you plugged into which DVI slot on the DualHead2Go. For me it was slot 1 which is screen 1. I’d advise you .

turn off the visibility of all but one surface at a time, otherwise they stack on top of one another and it can get confusing. Under Output, enter full screen mode – hotkey command U – and your left projector will start outputting content. Also under Output, toggle on the cursor which will be helpful. Now go through the process of mapping the five surfaces to the left side cake. Save your file. Now for the right side. Go to your applications and locate MadMapper. You can probably see what I’ve done but I’ll walk it back a bit. I’ve renamed the application that was .

output destination of your projector to screen 2 instead of screen 1 and map these surfaces to the right-hand side of the cake. If I select all these surfaces and double click the right Syphon stream they will now all receive that input. We can see the little 5 tag transfer from left to right. Now if we go to Qlab and trigger our cue list we’re going to see .

our content mapped on the cake The way we’ve set it up, your cue list will loop until you hit escape in Qlab which stops the list. You’ve mapped a cake using two projectors with Qlab and MadMapper. If you like the fairy cascade, the horse and carriage or the hearts video content they’re available to buy in the online shop at lumabakery.com If you found this video helpful please don’t forget to hit like and subscribe. 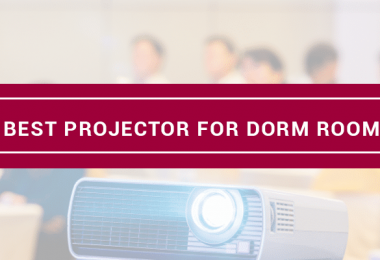 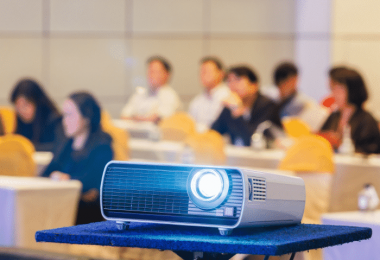 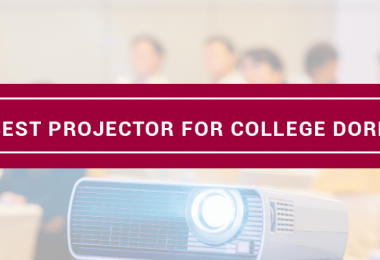 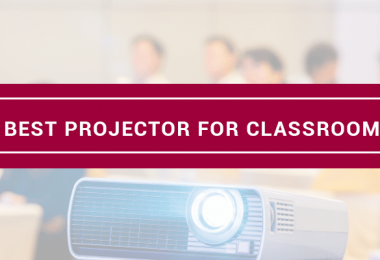 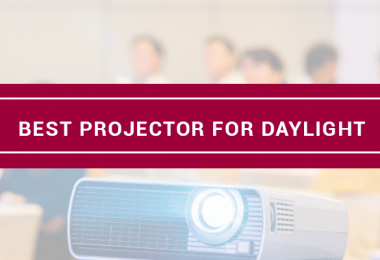 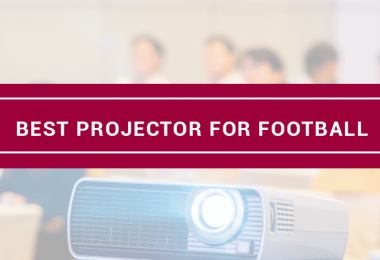