A fire extinguisher is an amazing emergency instrument used in dangers associated with fire to save lives and property.

Whether you are in a home or your office, you should always keep a fire extinguisher with you to handle fire crises like small fires caused by an electric short circuit, gasoline, or chemical reaction. Unlike the fire department guys, homeowners are ill-equipped and if not taken seriously, having a fire extinguisher can pose a threat to your home, people, or belongings.

So, a rule of thumb is to do a regular inspection of your fire extinguisher and the complete inspection means doing a visual examination to see if the unit isn’t damaged or has scratches on it. As the fire extinguisher is made of steel or another form of metal, so it’s prone to get damaged by dropping, falling, or hitting it with metal.

Sometimes, people drive their car over the fire extinguisher mistakenly and forget to do a checkup on it which can lead to unwanted consequences.

So, let’s take a look at the necessary precautions to reduce or eliminate the chance of exploding the fire extinguisher.

Another common reason for the explosion of fire extinguishers is when there is an external pressure on it due to hard usage like you mistakenly put something on it or it got hit with a metal, appliances, furniture, boxes, etc.

Due to the high internal pressure, the container becomes unable to bear the external pressure will result in physical damage to the fire extinguisher and it will end up exploding or bursting causing serious casualties.

You should keep in mind that the metal bodies are prone to puncture and that’s why it is highly recommended to keep the fire extinguisher in a safe location where it cannot be knocked off.

See also  How Many Amps Can a 16 Gauge Wire Handle

Before buying a fire extinguisher, you must learn about the types to avoid buying the wrong one which can lead to unwanted consequences.

There are five types of fire extinguishers

Class A: This type of fire extinguisher is used for domestic fire or fire caused by paper or lumber.

Class B: This type of fire extinguisher is used to take care of fire caused by gasoline or combustible liquids.

Class C: This type of fire extinguisher is used to handle the fire caused by electrical short circuits

Class D: This type of fire extinguisher is helpful when there is a chemical fire to control the flames.

Class K: This type of fire extinguisher is used for kitchen fires.

Suppose, there is a fire caused by oil or due to an electrical short circuit and if you mistakenly used a water extinguisher, you can end up getting an electric shock or facing an explosion.

Similarly, if there is a chemical fire outbreak and you used any of the fire extinguishers other than Type K, then you should get ready to face explosions.

You should carefully store the fire extinguisher and make sure to never store it near those places where there is a lot of heat like stoves, fireplaces, or power generators.

If you are buying one for your home, then try to store it in the kitchen but away from the stove like inside any cabinet or behind the door so that you can use it in an emergency where there is a kitchen fire incident. Keep in mind that oven heat can also be a danger for a fire extinguisher, so store it away from it as well.

You should always keep the fire extinguisher within your reach like in your bedroom because, in case of a fire incident, you would be able to quickly reach it and use it to overcome the fire incident. Suppose, there is a fire in your kitchen or room, now if you have stored the fire extinguisher in your garage, that can create a problem for you because you won’t be able to reach it due to the excessive heat or flames all around you.

The science of a fire extinguisher is simple it is a sealed container having high pressure inside and if it is exposed to a higher temperature, it can explode so make sure to keep it away from intense heat sources. The rigid bodies of the fire extinguishers make them prone to bursting. But don’t underestimate it as well, because they are designed to withstand normal heating situations because they are built with safety devices included.

See also  How Many Amps Can 20 Gauge Wire Handle?

The container and Valve

The extinguisher valve has a ruptured disc near the red plastic tether on the back.

Any tank with higher pressure comes with a safety valve or ruptured discs because the intense temperature can melt the valves which means the gas will escape easily and there won’t be an explosion.

Never use antique fire extinguishers because they can get corroded over time or the body can be rusty or cracked which can lead to an explosion. So, the better deal would be to get a new one rather than get an old one.

Can a Fire extinguisher explode from heat?

Yes, but in rare cases, because the fire extinguisher is designed to be used in situations where there is a lot of heat so there is no point in making such a device that can explode when needed. So, there are safety tools installed on it that can malfunction the extinguisher in the intense heat to prevent an explosion.

Can a fire extinguisher explode from freezing?

No, that’s not possible, until and unless the body or the canister gets cracked in intense freezing which will also freeze the contents inside.

On the other hand, there are chemical fire extinguishers with a water solution that cannot be enhanced by anti-freezing ingredients making them possible to freeze even under the negative temperature. So, make sure to not store it under intensively less temperature because the liquid inside can expand or the container can weaken and result in bursting. You may also read the caution warning written on as “ protect from freezing”.

For those living in a cold climate, the ideal storage place for a fire extinguisher is inside an insulated area like your bedroom or kitchen but not in your basement, sheds, or garage because they are uninsulated.

Using anti-freezing ingredients is not a suitable option because these materials can eat the shell or container which can cause leakage. So, the ideal lifespan of a fire extinguisher is less than 8 years.

But a damaged fire extinguisher has a higher chance of getting exploded or leaking.

Every fire extinguisher comes with a maximum limit by the manufacturer to hold the pressure and exceeding that limit is going to cause an explosion.

If the fire extinguisher is abused or damaged extremely, make sure to not use it.

See also  How Many Amps Can a 14 Gauge Wire Handle?

The larger size means a large explosion because there are more chemicals, powder, and fluid, stored under pressure that can cause collateral damage with serious consequences.

You should be ready to hear a large or loud brust in an event of the explosion of the fire extinguisher. In this scenario, the shell can break into parts and those parts can fly at great speed hitting the nearby things or people. Sometimes, no explosion but a serious leakage is releasing harmful chemicals into the air.

How many PSI does a fire extinguisher have

A fire extinguisher has 100 PSI to 850 PSI and different models have different pressure given below.

Fire extinguishers are approved by National Fire Protection Association ( NFPA ) and you should always get one that is approved by NFPA because that is safe for you to use because it is tested according to their standards.

Another common reason for the explosion of fire extinguishers is corrosion if the unit is left out for a while or you are using it on a ship where saltwater and chemicals cause the canister to corrode rapidly. Similarly, you can experience blockage by the agent inside hoses, springs, gaskets, and o-rings as well.

PS: This article was updated in May 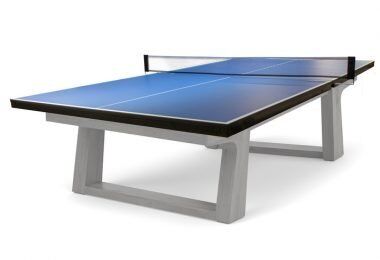 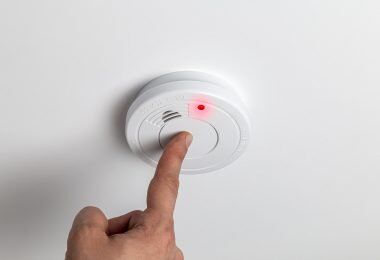 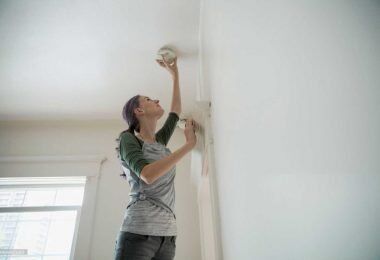 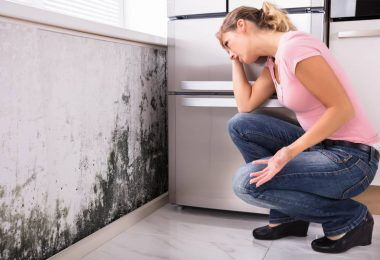