The hard-wired smoke detector does a better job of protecting you from harmful gas leaks in your home.

Sometimes, the hard-wired smoke detector can go off due to dust, cooking smoke, the steam of the shower, or due to any issues in the circuit breaker and it starts beeping.

The high-pitched annoying chirping followed by red flashes can give you a heart attack in the middle of the night.

Once you have made sure that it was a false alarm.

To turn off the hard-wired smoke detector, remove the AC power plug to cut off the electricity from the grid and then remove the backup battery from the battery compartment and clean the smoke detector chamber to remove anything causing the false alarm. 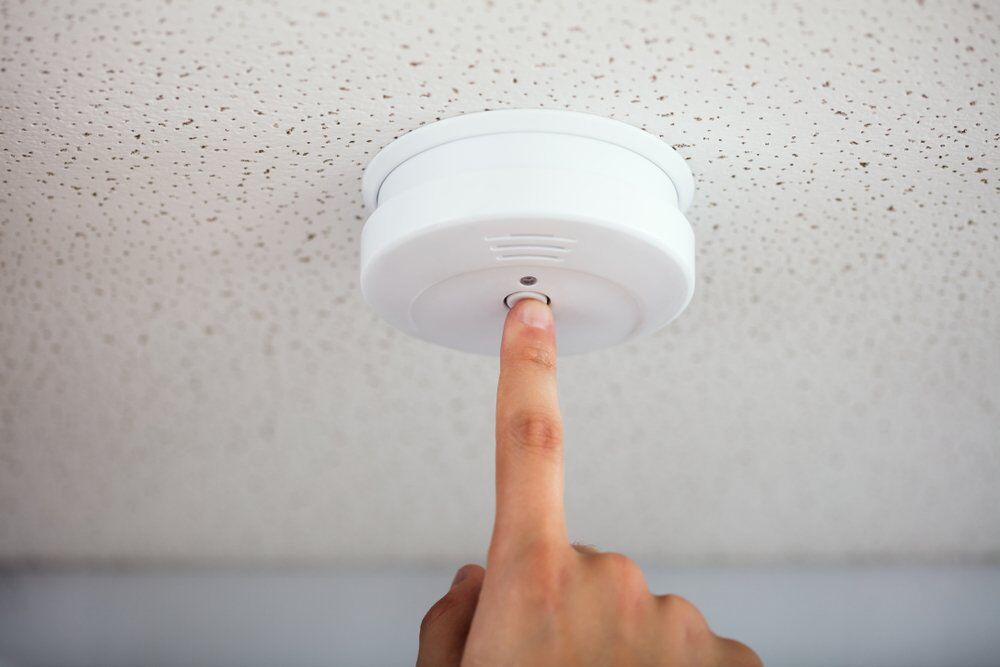 Why Turn Off Smoke Alarm?

The biggest question that you should ask yourself is why would you want to turn off or shut off the smoke alarm, wouldn’t you be vulnerable in this way.

The things is, there can be few reasons when you do want to turn off the smoke alarm like when you want to replace the wires, replace the battery, it’s chirping due to false reason, replacing any part of the detector, or you simply want to reboot the detector.

Turning off by pressing the button

Most homeowners don’t even have a switch for the hard-wired smoke detectors, they are directly connected with the main grid but if you want, you can cut off the power source to turn it off anytime you want.

So removing only the battery is not going to help so let’s discuss in detail how to turn off a sounding hard wired smoke alarm.

How to turn off Hard-wired Smoke Alarm

Let’s get down to how to stop the hard-wired smoke alarm if its caused due to internal or external problem.

Remove the Cover from the brace

The easiest and most effective approach is to simply remove the cover from the brace which is the outer layer of the detector by rotating the detector counterclockwise and dismounting it from the ceiling.

Once you have removed the detector from the ceiling, it’s time to open the battery compartment drawer and pull the battery out from the tray smoothly.

The brace or the part of the smoke alarm requires to be unscrewed so that you can disconnect the circuit.

Be careful when doing this as there can be current in the wires and an accident can electrocute you. Therefore, keep a voltage detector near the power supply.

The next step is to locate the circuit breaker and for that, the steps are described below

It will be a 15-amp circuit, it’s not always the circuit of the room where it is, and it will never be connected to a ground fault circuit.

Do a Trial and Error of the breaker

If there are multiple smoke detectors integrated, you may have to spend some time to find the right one to stop it.

Simply locate the breaker and see if the green LED light is on that will show everything is all right.

Double-check if it turned off

Now you have to make sure that the detector is completely turned off with the help of a voltage detector to see there is no voltage moving. Remember to not touch any wire with bare hands.

When you have made sure that it is turned off completely, then you have to reassemble the device and remove all the disconnections as well.

It’s a super easy process in which you simply have to connect the battery with the device and then provide it power from the breaker and after that the detector should show green light that will be a signal that the AC power is going perfectly in the detector.

Pay close attention because red right flashes when there is something wrong with the detector regarding power.

The smoke Alarm isn’t turning off

If your smoke alarm is not turning off that can be a threat about smoke in your home that you can handle by calling the fire department.

How to Stop Hard-wired Smoke Detector

Life Span of a Detector

A CO detector is built to last up to 7 years, but I have seen that many people are using the same detector for as long as ten years, which is not recommended for anyone with a family. Thinking that the detector is working fine makes you vulnerable to hazardous gas because the sensor will wear out after a long time. Regardless of the battery levels, the CO detector may not be able to detect rising levels of CO.

Most of the time, the detector has worn out, expired, or broken, and in this condition, it can start beeping erratically, and those abnormal beeps are not because of the CO levels but due to the damaged sensor or parts of it. Therefore, you should consider replacing it once the time of life is passed for optimum protection.

Fire in the house

Sudden changes in the room temperature

Sometimes, there can be sudden changes in the room temperature, like when you use the air conditioner and suddenly the hot wind blows in, or if you have a compact home with poor ventilation, then the kitchen heat, appliance temperature, and thermostat temperature can cause the unnesssecary beeping. Therefore, the CO detector should be installed wisely, away from regular CO emission plates.

Improper installation of the Carbon Monoxide Detector can be one of the reasons for the trigger, and to avoid that, always hire professionals to install the detector with proper calibration.

Moving on, the strange reason for the detector to trigger can be the log records of previous triggers because the sensor maintains logs which sometimes cause problems. Similarly, when you are changing the batteries, you should the detector will get off and blink three times before stopping, thanks to the previous instances, but to resolve this problem, press the sensor 5-10 times. It will contain the erratic beeping for sure.

The battery was not inserted properly:

Another reason a detector can release high-pitched annoying beeps is when the battery is not inserted correctly and keeps beeping for an extended period. You may have to remove the battery by pulling the tabs, and the smoke detector won’t get any power. Still, it will issue the warning that you should insert new batteries. You can remove the pull tab and close the door properly to ensure that the battery is fitted correctly; this way, you can prevent unnecessary chirping of the detector.

What to do when the CO detector beeps

When you hear the beeping sound, immediately unplug the appliances in your home that can produce the CO before the CO reaches unsafe levels.

After that, open all the windows inside your home and get everyone out, including your pet. Doo does not forget to call the emergency responders, like 911 or nearby hospitals, and tell them that the alarm went off.

Until any emergency responder hasn’t arrived, do not enter back into the house unless you are sure that the CO levels have gone down or there isn’t anything that is producing the CO because this poisonous gas can immediately affect your brain and body parts and can make it difficult to escape as well if you got late. Therefore, to prevent such misfortunate events, you should do regular home maintenance checkups of your ventilation systems, generators, chimneys, furnaces, central heating devices, and anything else that can be the reason for CO.

Also, it’s a good habit to keep testing your detectors frequently and occasionally.

CO is a tasteless and colorless gas, so it takes time for the gas to dissipate, and with open windows, the concentration of the CO gas may no longer be harmful to you.

To turn off your smoke alarm, remove the battery, remove the brace and locate the breaker and use a voltage detector to disconnect the detector from the AC power source. 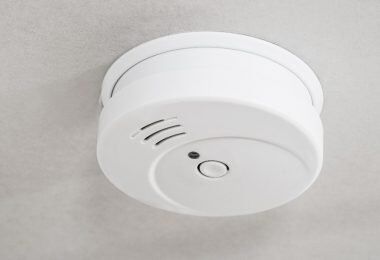 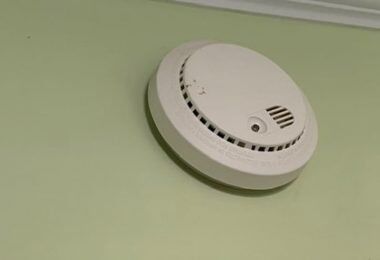