So you just removed the battery of the smoke detector, but it just won’t stop chirping.

This happens with hardwired smoke detectors because removing the AC power source from the outlet is insufficient.

The backup battery inside the detector comes into action when it detects that the power supply is cut.

One can handle when the detector beeps and stops, beeps three times, or even when it beeps four times because you know what that means ( If you don’t know, jump to this to understand beeping signals/sirens clearly. ).

In my research, I have found that the detector usually goes off at midnight when suddenly the electricity is cut due to harsh weather or any other condition, and the backup battery kicks in.

So, I will share the easiest and most effective techniques to stop smoke detectors from chirping without a battery.

Make sure to implement all these methods if the detector doesn’t stop. 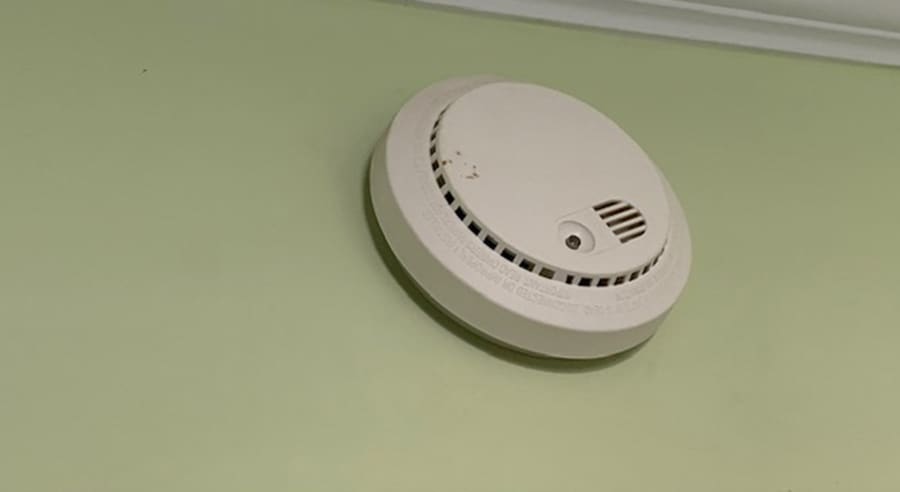 How to stop smoke detector from chirping without battery


To fix the intermittent chirping of the smoke detector without the battery, you can try removing the dust or prevent environmental factors from triggering the chirping, like sudden changes in temperature, dust, steam coming from the shower, or cooking near the detector. Other than that, check if nothing is wrong with the circuit breaker. Then, alter the battery at the end.

Depending on the type of detector: battery-powered or hardwired, you can stop the smoke detector from chirping without a battery.

Let’s see these methods to troubleshoot the smoke detector to stop it from maddening loudly for no apparent reason.

Why is the Detector Chirping Without a battery?

If the detector chirped a few times, that’s a different story.

But, it’s causing the alarm to sound every 30 to 60 seconds, and it’s impossible to bear that high-pitched annoying noise (while you are in your bed) can be highly frustrating.

First, a smoke detector is a super-sensitive and intelligent device capable of detecting Smoke in the early stages of fire, but false alarms come with that.

The easiest fix can be the battery replacement to stop the chirping and incessant Beeping so you can get some peace and quietness during the night.

But on the other end, these detectors can set off if there’s a sudden change in Temperature, a fault in the circuit breaker (It’s a hardwired detector), or environmental changes that won’t let the detector stop even after inserting a new battery.

If your hardwired detector starts chirping, check if it isn’t unplugged sometimes; the chirping can be due to the backup battery, but to replace it, follow the procedure discussed below.

Is it always a false alarm?

Never misinterpret the chirping with a false alarm because God Forbid there can be a fire breakout that could release the dangerous fumes triggering the detector.

As humans, we cannot detect early signs of fire. Only the detector can sense it, and rather than taking that as an error tone, you should inspect your home, and if there is a fire, call the emergency safety service and leave your home or building with your family.

Let’s discuss how to resolve the chirping issue for battery-powered and hardwired detectors without further ado.

So, you just replaced the battery, but the smoke detector is still chirping pointlessly.

What if you left the battery drawer open, or it wasn’t closed? ( Yes, the detector can sense that as well ).

Double-check if the latch is closed correctly and secure; if it isn’t, slightly push it with two fingers, and the drawer will be closed.

If the chirping sounds shuts down, congratulations, your home safety system is back online and in action.

If it still beeps, try the following method in the article.

An AC power line or electricity from the grid is the primary power source for a hardwired detector to work correctly. The backup battery, the secondary power source, wakes up only when there is no primary energy source.

So, when the detector starts chirping randomly and frequently, that’s a sign that the battery is dead because one of the reasons your hardwired smoke detector goes off can be the dead or low backup battery.

To replace the battery

different types of batteries, if chirping even after replacing the batteries,

Keep Smoke Detector Away from Fans and Windows

draft, cause Beeping, fan or window, moving air, the detector can misinterpret it as Smoke, colder air, trip the sensor, move the sensor away from the window, should never be in the path of airflow of AC,

Changes in Temperature can cause Beeping

A hardwired detector can face cable connectivity problems, one of the most frequent causes of alarm chirp.

A smoke detector not only goes off when there is smoke present, but it can also start chirping when there are loose cables. You can quickly check that by removing the detector from the plate and studying for the connectivity, frayed or damaged wire.

You can try reconnecting the cables, securing all cable connections, and finally, changing the detector’s power outlet by putting it into another home outlet to evade possible malfunction because the power source can also cause the issue.

To do that, locate your circuit breaker, switch it down for a few seconds, and then switch it back on, which should stop the chirping.

Use the hush button

In case you don’t know, the hush button on your smoke detector is built-in and designed for emergencies like stopping the smoke detector from chirping without a battery.

Which itself is an emergency.

It would help if you only used this button when you are sure the alarm is false like there is cooking smoke around or anything else was causing it, and you have fixed it so you can press the button to silence the detector.

The best part is that the button will mute or shut the detector for only 7 minutes; if the Smoke keeps coming, it will go off again.

Sometimes, there can be an internal hardware issue causing the Beeping that you can set by simply resetting the hardwired alarm.

A reasonable alternative for any homeowner when the chirping won’t stop is to reset the hardwired alarm because sometimes the firm factory reset helps to silence the detector.

To reset the hardwired alarm, you can remove the power source, wait for a while, and keep the protect button pressed for a couple of seconds and the verbal countdown will erase all the settings.

The settings you were using will also be gone, so you must make those settings in the detector again, like modes or schedules.

You can write them down before resetting the detector.

Luckily, this method works for both powered and unpowered smoke detectors to clear errors causing chirping.

There can be a handful of problems, like the twisted or crimped connection problem, which is the most common one.

And if you have been using it more than that, it’s time to change it and get a new one with sealed long-life settings and a lithium battery that will last for ten years at least, and the modern detectors are coming with photoelectric sensors as well.

If you have tried everything but all in vain, call customer support or get help from a professional.

You can try getting a new smoke detector from Underwriters Laboratories or Siterlink Smoke company because their sensor comes with a loud 85-decibel alarm.

To fix the smoke detector chirping pointlessly without the battery, you can try different options like discharging the device, hush the button, reconnecting all cables, resetting the circuit breaker, stopping the smoke detector manually, or resetting it. Most probably, these options will be life-saving to power down the noise. 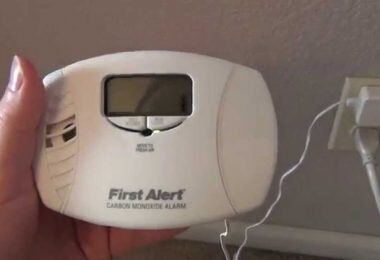 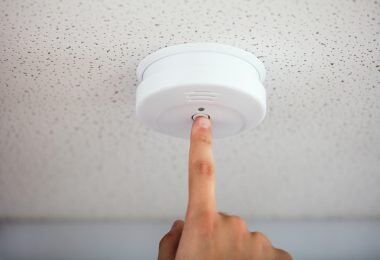