Blink is an excellent security system by Amazon that records only when it detects motion and has made itself one of the most reliable home security monitoring tools.

Homeowners can 100% rely on this controlled monitoring tool to look after residential and commercial buildings as it offers strict security parameters, reliable features, and competitive price tags.

Sadly, Blink doesn’t offer continuous recording regardless of the subscription plan because it’s a motion detection-based security system not, like Arlo or Wyze, which always keeps recording.

Blink is equipped with a Status LED light that blinks blue light when the camera detects something and triggers a recording that allows you to know that camera is recording. Still, those are only short interval recordings based on the motion triggers with a maximum duration of 60 seconds and a minimum period of 10 seconds, but you can always set the time. 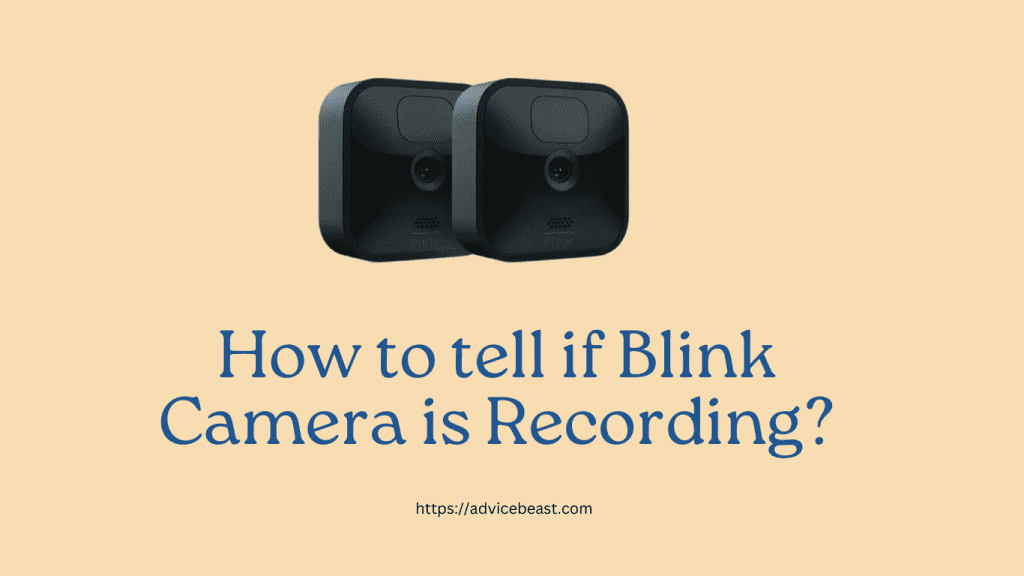 How to tell if Blink Camera is Recording

Blink blue light indication allows you to quickly figure out whether or not the Blink camera is recording. To test that, you can pass by the camera, If you see blue light, the camera is capturing motion events, will likely record any trespassers, and will also alert you with a notification on your smartphone.

But if you see the blue light not turning on during the test, don’t worry about it. Just go and check the footage, if there is any. If you find the footage of your activity, the light is turned off from the settings, but the camera is actively working and also detects motion.

To turn on the Blue LED light or disable it.

The LED Light is a small light that won’t be visible in daylight but at night.

Status LED is beneficial, and this illuminator is installed in different Blink cameras like Blink outdoor, indoor, Mini, XT2, and XT.

Similarly, there are other light indications, like the red light showing an internet connectivity issue, and the green light means the camera is working correctly.

The best part is that you can record footage in live view mode, but that can be done when you have a basic or Plus subscription. The camera itself can record motions depending on the sensitivity set by you from the app, and the ideal range to detect human movements is 10 to 80, Still, aggressive sensitivity can also track meaningless objects like leaves resulting in unnecessary recordings.

See also  How Much Does a Blink Camera Subscription Cost

So set the camera as “armed” by pressing the walking sign. It will turn blue when active and will only record on motion and won’t record consistently, and won’t flood the storage space because you are allowed limited storage that you can also increase by having a USB rather than getting a monthly subscription which is a one time cost., Still, USB doesn’t overwrite existing videos as you get with the subscription when old saved video footage are replaced with new videos.

If you cannot afford the blink subscription, then you can stick with the local storage option to store all the data in the USB, For that, you can get a 64GB USB From Blink, but the USB has no chance to overwrite existing videos with new ones that you get with cloud storage, so yes, your USB can get full unless you manually emptying it frequently.

You now know that the Blink camera isn’t a non-stop recording camera; it records only when it picks up a motion Still, you can control when to start the recording and when to stop so that you can set it to immediately begin recording when it detects motion and stop when the movement ends.

In case you are wondering, I have put up this table of subscription plans, and you can pick the one that works for you so that you can record footage on Blink’s servers on the cloud and also be able to view them from the app.

Cloud storage in the subscription is a monthly plan that allows you to access Blink’s cloud servers only for storing your clips and viewing recorded footage. The Blink servers can hold up to 120 minutes of footage, if you hit the storage limit, the new recordings will overwrite the oldest footage. The storage depends on Blink Sync modules in the system, and if you have multiple cameras sending clips on the service, you can quickly finish the allotted storage.

The Pixel difference Analysis technology can only trigger recording when there is a considerable change in the pixels or the changes of your desired percentage, Then you get an alert on your smartphone because that change will set off the camera to record.

Passive infrared technology senses the body temperatures of animals or humans and triggers according to the heat signature change, but detection ranges play a role in this; therefore,  Blink cameras are perfect for triggering motion within the scope of 30 feet, and after that, these cameras cannot recognize facial features of humans.

Similarly, various environmental factors can also affect the motion detection feature, but that is rare.

How Do Blink Cameras Store Footage?

Blink cameras offer unlimited recording and camera support for trial users. Still, no one can exploit this option as the trial ends a few days. After that, you must purchase the subscription to get the suggested amount of storage and number of cameras you can link with the Sync Hub.

If you cannot afford or want the subscription, then you can get a Blink Sync Module 2 add-on that has USB ports in it and allows you to chip in USB to save your clips locally that you can also view on the app, but data won’t be saving on the cloud anymore.

Older blink models like Blinks XT, Blink XT2, and other legacy Indoor cameras have storage space for only 7,200 seconds which is 2 hours of footage.

Should You Buy Blink Camera?

Investing in Blink camera can be the best decision because unlike other recording or CCTV cameras, Blink is much cheaper and doesn’t demand investment after purchasing the camera except for the paid subscription, but that’s required if you want to access the live feed and want to have cloud storage which you can also replace with USB. Still, it has its pros and cons.

Tips for Recording with Blink

Blink is not meant to record continuously because recording all the time would consume a lot of bandwidth; with excessive bandwidth, the camera will consume more energy, which means it won’t survive long on the batteries unless it has rechargeable or removable batteries. Blink is much more productive because it takes fewer network resources and has many other reliable features than other cameras.

Motion detection duration in the Blink camera is just 60 seconds maximum. Still, you can always set the retrigger from the mobile app allowing the camera to record before re-arming itself.

Similarly, live view is a great feature that allows you to view footage in real-time and record it if you are a paid user. You can save clips from live and take pictures and keep those images on your smartphone or share them with others.

The best part of the Blink camera is its compatibility with voice-enabled devices. Alexa allows you to control Blink with your voice commands, and it also gives you extended recording time for motion detection, which can disturb your allotted storage.

Do Blink cameras record all the time?

No, the Blink camera records on demands and intervals but only when it detects motion. Motion detection can be frequent, or there can be gaps, but it won’t record useless footage when no one is around.

Do Blink cameras only record when motion is detected?

Yes, the Blink camera only records when it detects motion, and you can set the sensitivity of the action, allowing the camera to trigger even on leaves.

Can I turn the blue light off on my Blink camera?

Yes, you can turn off the blue light from the settings of the Blink camera.

Well, How do you know if the Blink camera is recording and if you have complete control over the recording of the Blink? For example, if you have guests in your home, you better disarm the camera, or Blink will floor you with alerts of the guest’s movements. Similarly, you can play with the sensitivity, turn the Blue indicator light on and off according to your need, and play with the camera as you want. 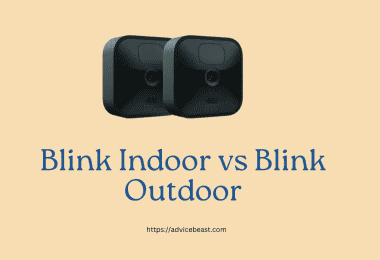 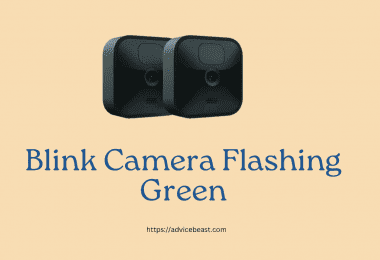 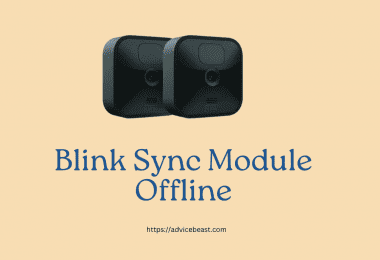 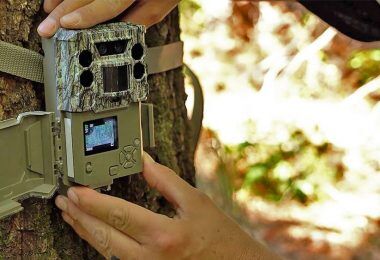 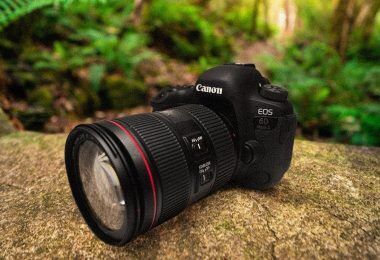