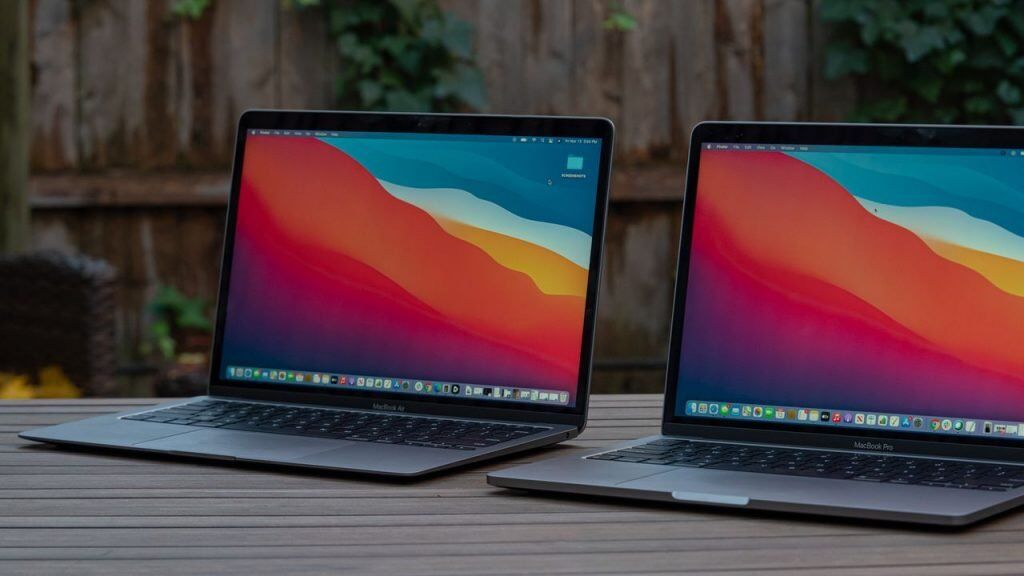 Machines like Laptops or ATMs release a lot of heat when operating at full potential and require a perfect cooling solution and in the case of laptops, there are cooling fans installed to draw the hot air outside to maintain the internal temperatures. If your MacBook air making fan noise, then this is the guide for you.

Similarly, for MacBook users, when they are running intensive tasks where the processor is working at full potential, fans kick in to throw the heat produced by the processor outside the laptop through the vents placed at the back of the MacBook Air.

Usually, Macs are silent and don’t make much noise but keep in mind that fans are a part of laptop life and even if you own a fanless MacBook, it will still occasionally fire up the fans to keep thermals in check.

There can be scenarios where your MacBook is running too loud for too long and the fans start to spin or sometimes run faster to maintain additional airflow. Fans run louder when the system is being used for compressing HD video, playing graphics-heavy games, indexing the hard drive with spotlight after data migration.

If your Mac fan is spinning regularly and loudly rather than occasionally, then look for solutions. In this ultimate guide, we have listed different methods to calm the fans down. Using these methods, you can genuinely focus on your fan health.

You should keep in mind that resource-heavy apps cause Mac to overheat and that can make the device noisy and annoying. Plus, overheating causes Mac to slow down and you have no other option than to solve the problem. So, if your Mac is louder than usual then follow these tips to cool down the Mac.

Let’s discuss all the points regarding your MacBook Pro making fan noise. And, how you can efficiently keep the machine on track to handle the extra load.

Pro Tip: If you’re sitting in a quiet environment and the only sound there is the fan noise, then don’t get fooled by that as it does sound a little bit so you can relax that it’s normal.

Checking the health of the CPU is the best way to cool down your laptop because when the machine runs smoother, the fans will react accordingly and you will be able to bring the noise level to normal.

The most common problem that causes the unethical behavior of your machine is the CPU over the usage which happens due to running multiple programs at the same time.

While multitasking on your laptop and running more apps and browser tabs the laptop starts to perform at maximum frequency. Plus, when you are running graphics-intensive apps like Photoshop or iMovie make the processor work more that generates heat, and fans start rolling its blades to push the hot air outside.

This is the situation when your MacBook Air 202 fans are running speedier than usual and all you need to do is decrease the CPU usage by terminating the most CPU resource-taking apps from the activity monitors.

A healthy tip is that Chrome eats more resources than safari and that’s why you should switch browsers for a quieter web browsing experience and try to use few apps like Spotify or iTunes on your iPhone instead of MacBook to decrease the load from the laptop.

Let’s take a look at the process of how to detect intensive tasks and heavy-consuming apps which drain most of the CPU that leads to the fast running of the fan.

2- In the CPU tab, a list of all the apps and tasks will be showing most resource-taking app at the top

Once you perform this action, you will find that those processes which were running in the background and draining the most resources are now terminated and the laptops slowly return to normal condition and fans start to reduce the noise.

Monitoring the temperature is one of the solutions for loud Mac to bring it under control. MacBook has built-in sensors which trigger whenever machines reach a certain temperature to ultimately cools down the hardware of the machine.  That’s a situation when fans start running and causing the noise but when you are not using heavy applications and still the fans are running faster, then you need to monitor the ambient temperature.

Having a high temperature outside the MacBook will result in less efficient heat management and that won’t help the fans to provide enough cooling to keep the system cool. The presence of heat inside the room will then the absence of cold or moisturized air will affect the performance of fans that can lead to noisy and speedy movement of fans.

Almost all type of laptops has air vents where fans are running to bring in cool air and expel the hot air outside. Now, the problem is that many people use laptops while sitting on the couch, sofa, bed, and using the laptop on a pillow, blanket, or on the lap that works as the blockage of the vents.

In this situation, fans won’t be able to sink in the fresh air and the passage of air becomes impossible. So, the heat remains inside that rises the temperature of the whole device, and leads to overheating and lag in performance.

So, you should make sure vents are not blocked and for that, you should use the laptop on a flat surface like a table or desk to make sure optimal temperature control.

A flat surface keeps the vents open but sometimes there can be grime stuck in the vents which you can blow away with an air dryer that can go further ahead into the device. For that, you may have to open the whole unit and use compressed air to clean the dust, grime, and debris to make sure vents remain open and clear.

So avoid using Mac on soft surfaces which usually cover the air vents and that’s why the fan has to work harder to push the heat outside which leads to more noise. It is very important because the quick overheating due to stuck air vents can also cause damage to the hardware and data for that Mac automatically shuts down itself to give the device a few minutes to cool down. Few suitable options are using Mac Holder or laptop stands if you’re more like a bad worker because the elevated Mac can improve the airflow and can efficiently throw the heat outside.

Clogged and frogged air vents with dust or mud is the biggest problem for Mac users and they are usually unaware of this situation and that’s causing the system lagging so keep them cleaned so that the system never gets noisy.

This is a situation in which you need to make sure there is not a problem with fans themselves. Luckily, Mac comes with a Mac Hardware Diagnostic tool to help you detect any kind of hardware problems in your device without having to actually unscrew the whole unit.

But before you do that, you can detect that from the unstable cooling fan, damaged fan, or more heat exposure which is an alarming condition for you in which Mac shutdowns and thermals fail to cool the laptop. So, how to run the diagnostics?

2- Go to the Apple menu and choose restart.

3- Press and hold the D key to reboot Mac, keep holding it until languages appear.

After that, you will see wizards or notifications for any kind of glitch in the hardware and you may have to consult the Apple repair shop for replacement of any hardware like fans.

SMC ( System Management Controller ) is another method to check the hardware status and it’s a driver for Mac hardware that keeps an eye on the fans, processor, motherboard and you can certainly find your solution to the loud fan is to reset SMC settings.

Free up space on your Mac

When the processor is working at its full potential, it uses storage space to run processes. But, the cluttered hard drive can make the processor reach to peak when it asks for fresh air. So to make sure the hard drive is accessible, you have to free up some by deleting the junk on your startup folder.

Get your hands on a Phillips-head screwdriver and keep in mind that this is the last option in your hands to make see why your MacBook Air is making fan noise. So, you need to remove the bottom panel of your MacBook and start cleaning dirt, grime, and dust through the can of compressed air to eliminate air.

Or you can use a lint-free cloth to blow it away and then you can clean the cooling fans also and after that clean passageways for maximum airflow.

How do I turn off the fan noise on my Mac?

The best methods for that are using the Mac on flat surfaces rather than soft surfaces, closing apps to free some memory, use the laptop in a cool environment.

Why is My MacBook fan so loud all of a sudden?

The sudden loudness of the MacBook fan is caused by the ambient temperature. That’s why you should make sure the temperature around you is cooler.

Do all the MacBook contain fans?

The latest MacBook M1 is not coming with fans, instead, they use different cooling techniques to make sure it doesn’t gets overheat but there are some ways for them to spit the heat outside.

Macbook fan running at fast speed is never the big problem as it happens only when the system is being used at full potential. The ideal situation for you should be to keep the MacBook updated, clean, and avoid using on softer surfaces like blankets and you will be safe from any kind of anomaly. Just shut down the heavy or unnecessary apps from running and when your laptop cools down it will start operating normally and you can prevent the hardware malfunction. If you were unable to make the laptop cool down, visit an Apple repair shop. 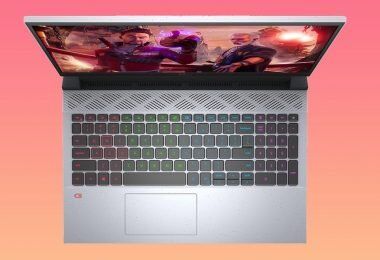 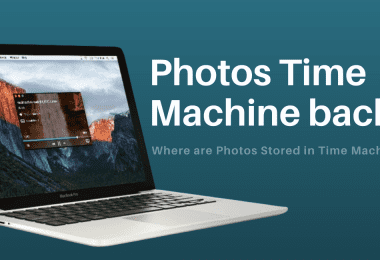 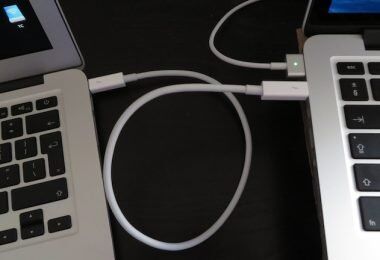 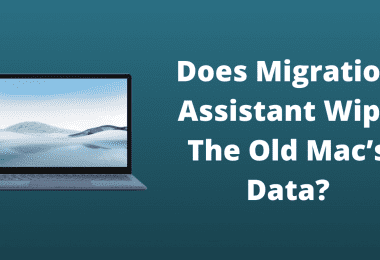 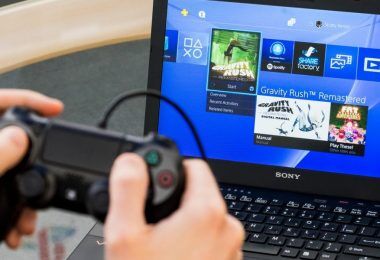